During the Interactions in Urban Space Seminar by EGEA Helsinki I attended a workshop on the Geography of the Night, taught by Dmitrii Komendenko from the University of Saint Petersburg.

As part of the workshop we carried out a small field survey, carrying together the opening hours of all shops, bars, restaurant, and other amenities around the Vaasankatu in Kallio, the “SoHo of Helsinki”. Kallio is a neighbourhood of just more than one square kilometre, but is densely populated with 27 000 people living there. It is both a traditional working class district and a neighbourhood of the Bohème-Bourgeois, of creatives and students. Some scholars consider it the prime example of Gentrification in Finnland. All the same, Kallio is definitely in a very early stage of Gentrification, and might – as I heard somewhere but cannot reproduce my source – never become truely gentrified due to the small sizes of its tenements.

To come back to the field survey: wonderful Eliška of EGEA Brno and I were to record the opening hours of shops in a part of Kallio. Classical field work is done with your feet. We walked from house to house and noted the opening hours, names, adresses, and types of businesses into our field diary.
Ultimately, our efforts resulted in a 150 row table and a beautiful, hand-drawn map for the seminar’s final round-up. See for yourselves! 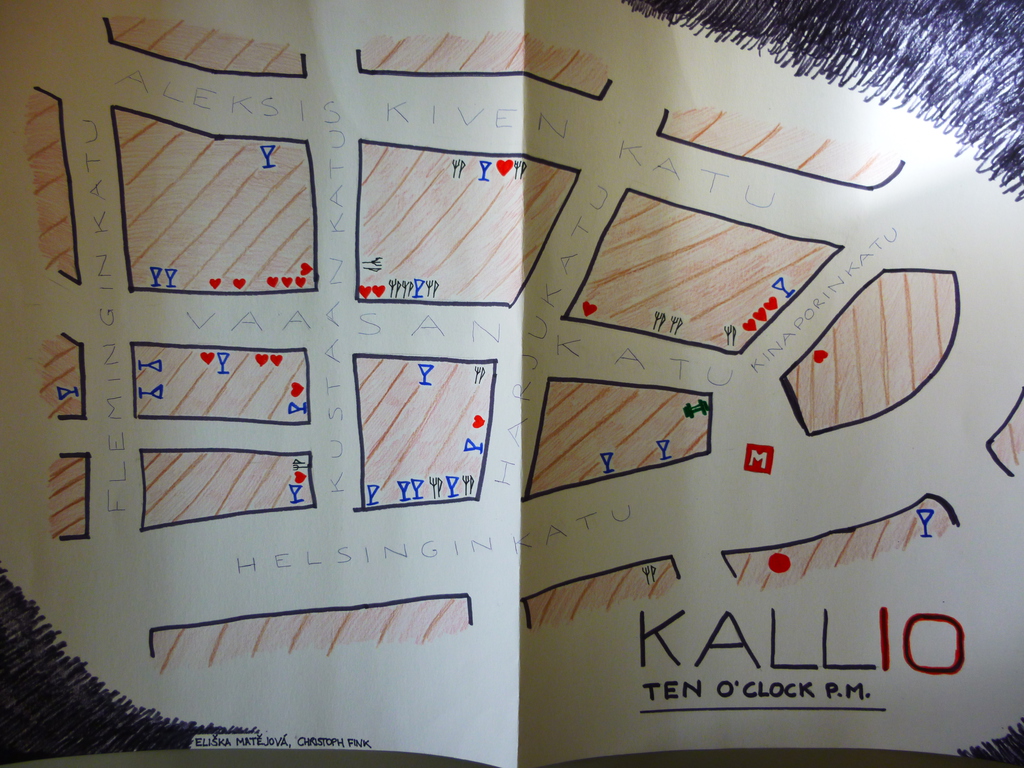 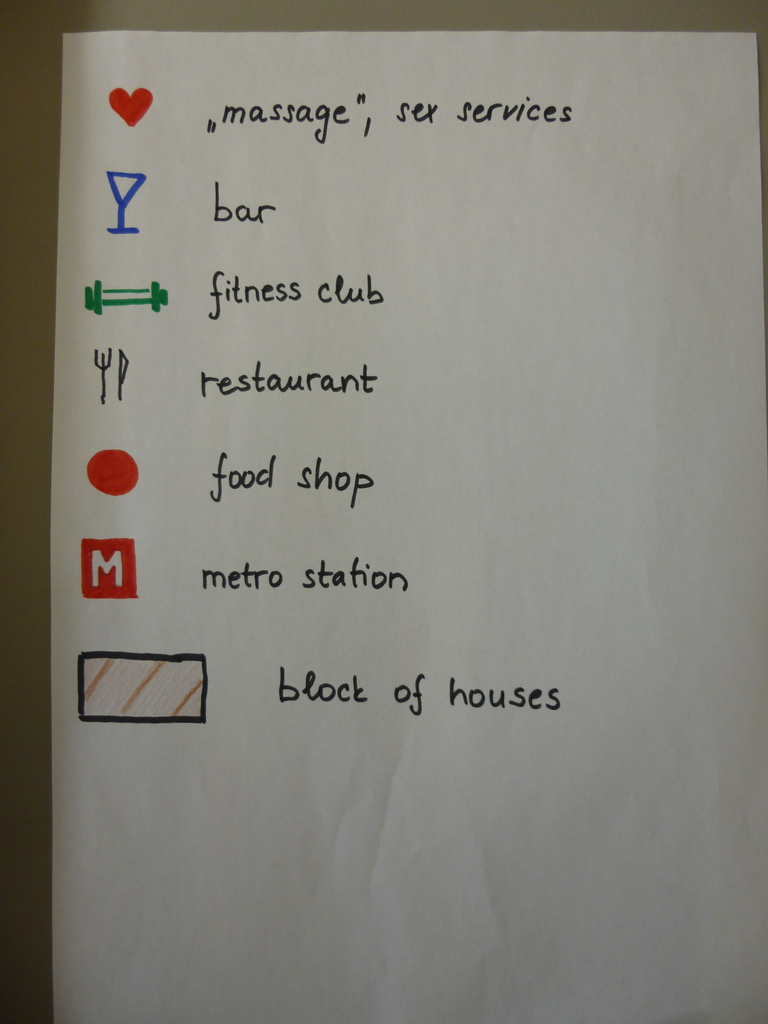 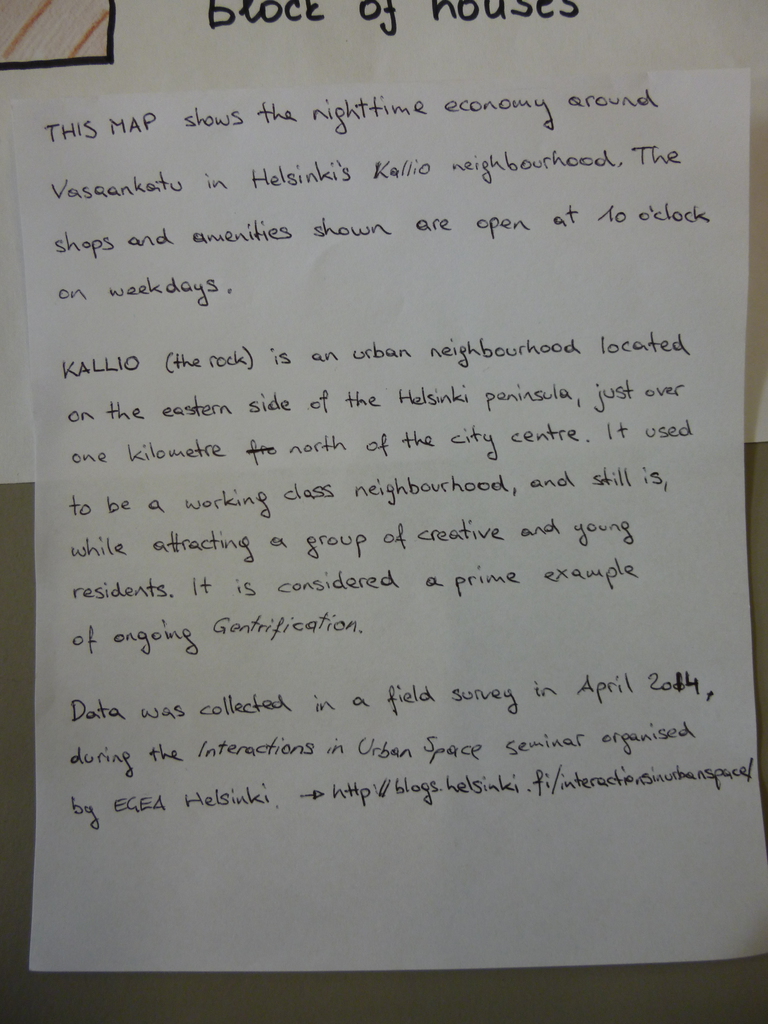